Cool stuff at the Cornell Library

A cuneiform cone from 2000 BC and an IBM punchcard from roughly 4000 years later. Both store information. One that's held up for quite a long time. 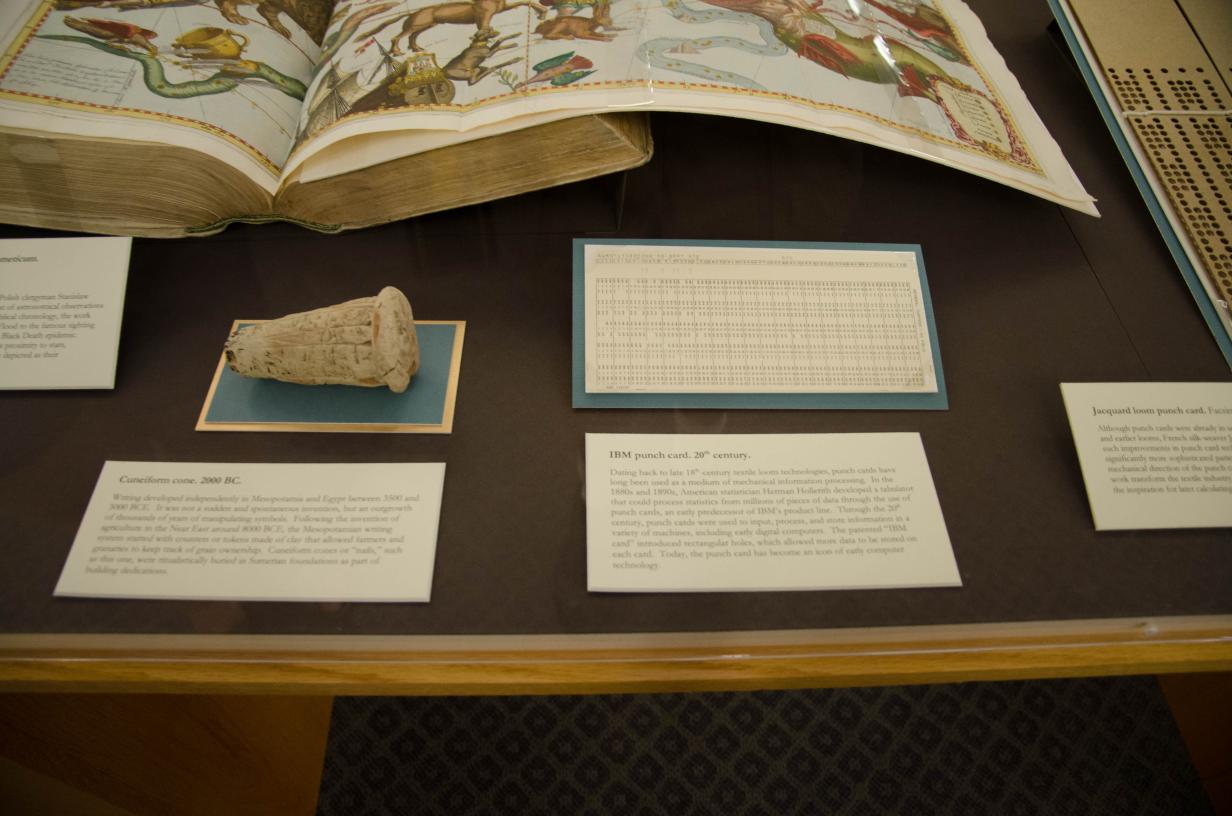