I've no idea what's going on here. It appears that Emily is a bit grossed out watching Gavin text while two-knuckles deep picking his nose. When you get tenure, you can do whatever you want. 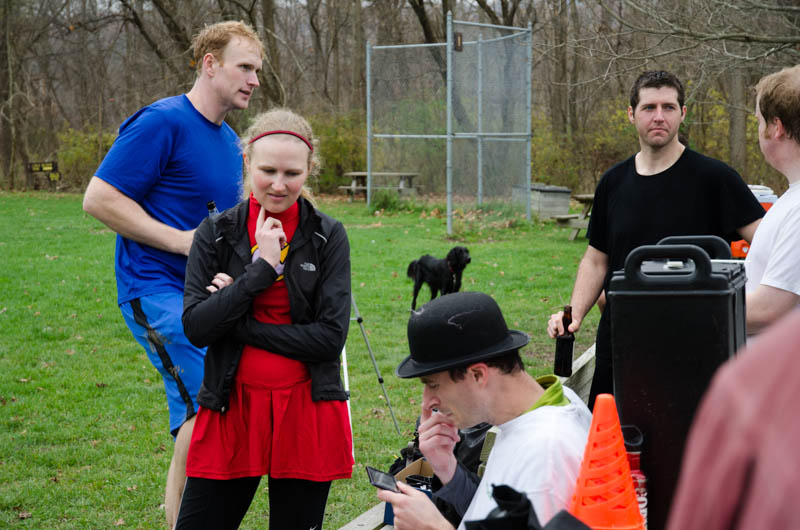