Downtown Ithaca houses. I liked the sharp colors in contrast with the blue sky. Many of them were pumping out their flooded basements (though I don't think these two were). 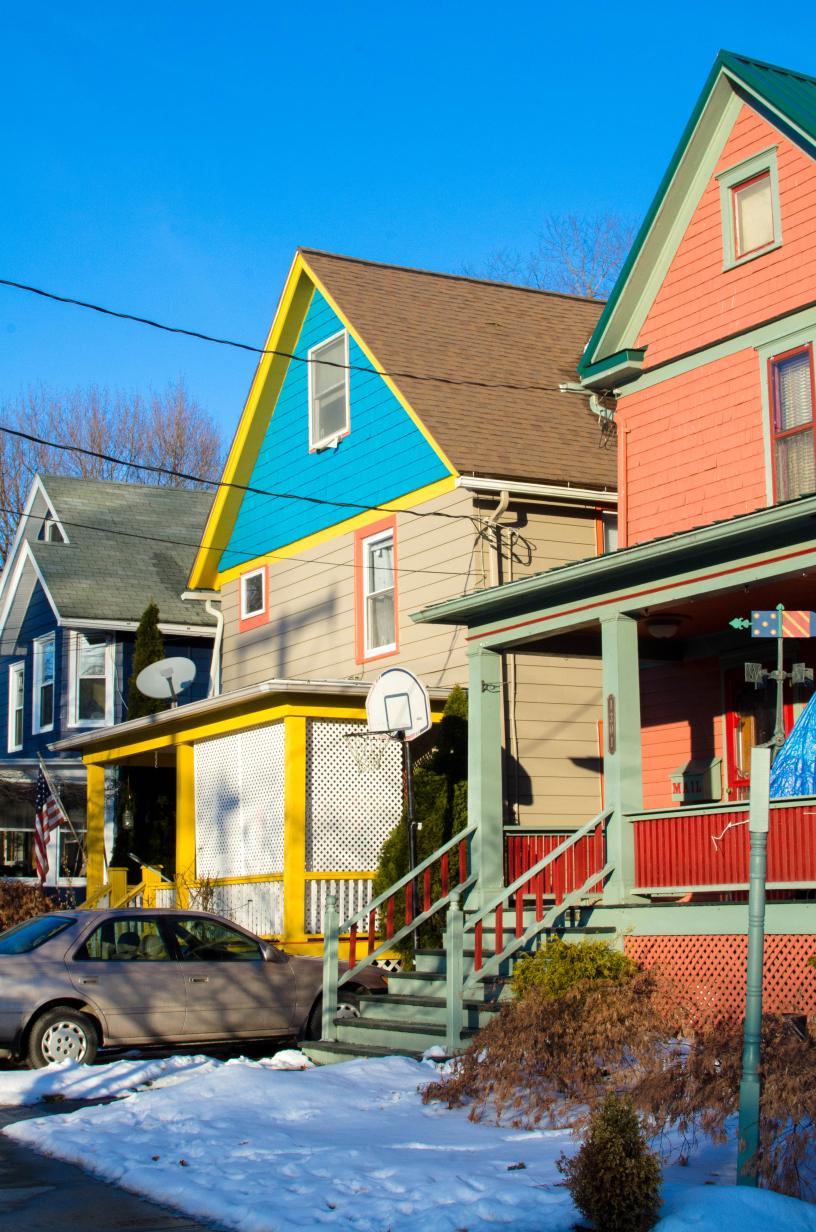