Oh, and here's a picture Judson sent of Stephanie and me sitting at Thonmpson park before she went off and played volleyball. Judson said he was just shooting pictures of people in the park, and only afterwards realized it was us. According to Judson, the fact that I sensed he was taking a picture of us, even when he didn't know, and gave the peace sign was "not creepy at all." 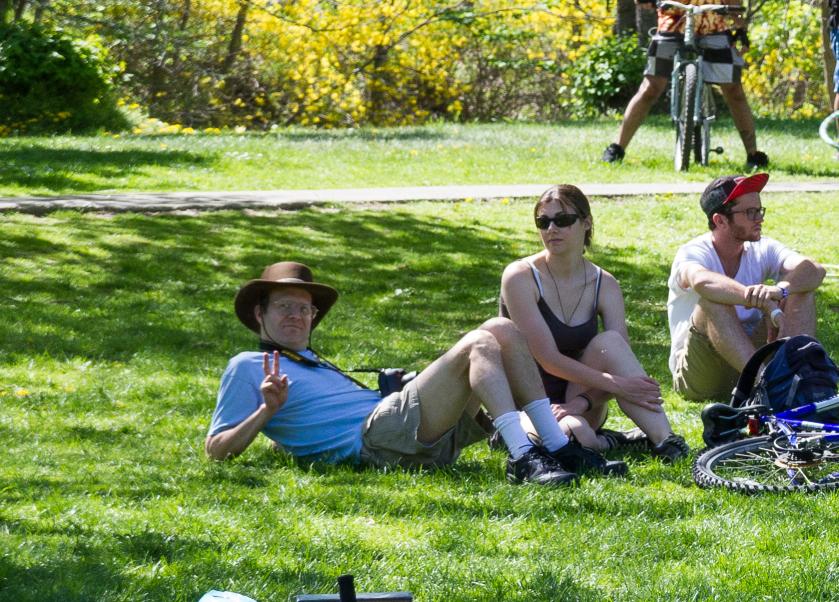