A bright orange salamander. It looked unreal, almost plastic, until it moved. Correction: turns out it's a red eft, also known as an eastern newt, or red-spotted newt. 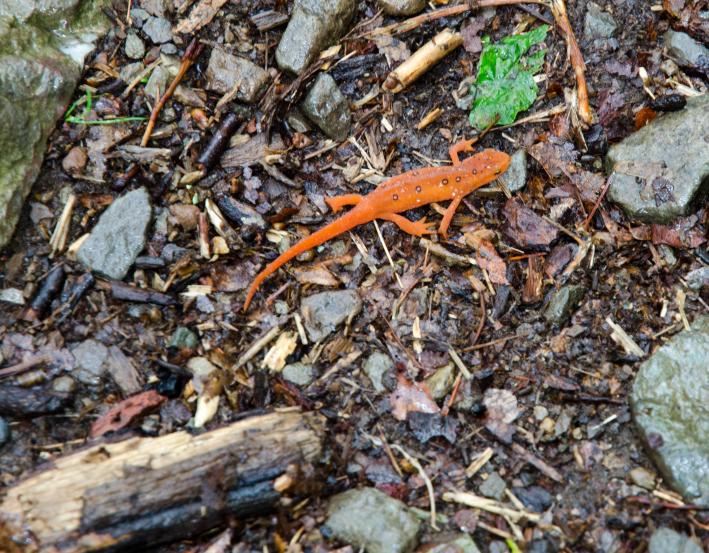