Some Miscellaneous pictures from the 2012 trip to Columbus, Ohio.

Related pictures include: the Bookloft (a cool bookstore), hiking around in Prairie Oaks Metropark, and New Year's Eve.

A visit with Pam and Bill

The first stop was to catch up with Pam and Bill. We stayed with them for a couple of days, chit-chatted, geeked out, and had a pleasant time. 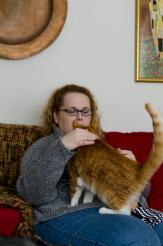 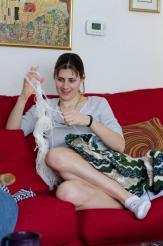 A tangled mat (of yarn). 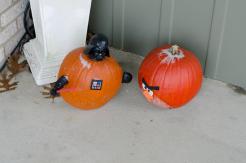 Left over Halloween pumpkins. The Darth Vadar one amuses me.

The drive to Columbus was rather crappy, with snow, rain, ice, freezing rain,...(more) 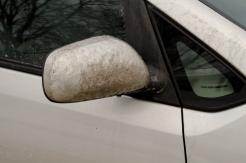 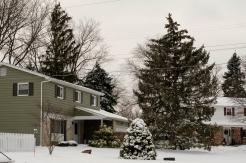 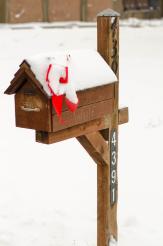 A cute mailbox in the neighborhood (not Pam and Bill's). 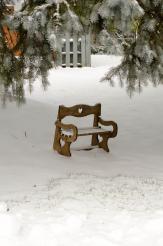 A cute little snow covered chair under a tree in the neighborhood.

Glow in the Dark Putt-Putt

Also called Glow-Golf. Catherine, Cabot, Carina, Allie, Stephanie, and I had a grand time playing 18 holes in black-light. Carina and I both managed to get the ball in the "special" pocket at the end and won a magnetic LED flashy-thingy.

I did some adjustments to these pictures, but they were all (with one exception) shot with "available light", which is to say black light, which means the colors were funky and it was pretty dark. So while the pictures look weird, it really did look pretty weird, color-wise there. DSC_3566: 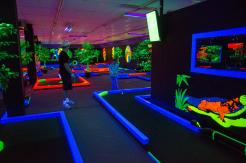 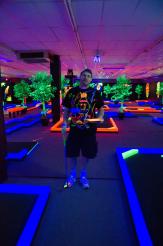 Cabot wore an Ernie and Bert shirt that looked pretty cool in the black...(more) 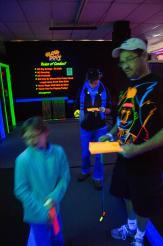 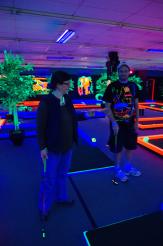 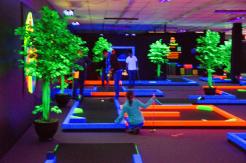 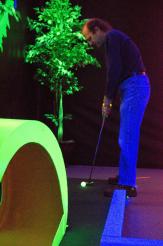 I'm shooting a hole with a loop-de-loop ramp. 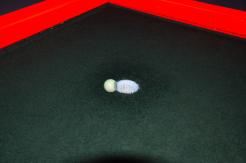 Cabot came so close to sinking the ball in this one. Also, this was the only...(more) 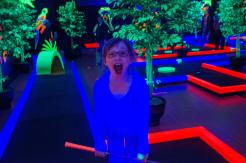 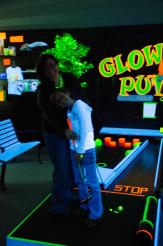 Mother and daughter. Unfortunately, it was rather dark. 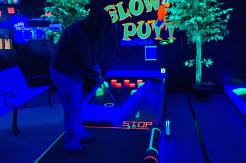 The last hole. There are all sorts of hidden pins, like a pachinko game, below...(more) 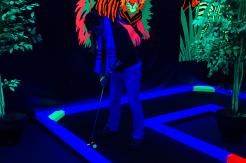 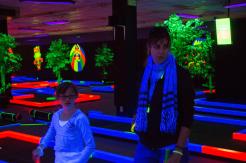 After putt-putt, we had to pick up a Dison-friend. Since we were already in the part of town near the airport, we decided to just go there a few minutes early, take it easy and have appropriate refreshments (coffee, tea, ice cream). It was actually kind of nice to be in an airport and not be rushed, not have to travel, and not really care about a schedule. 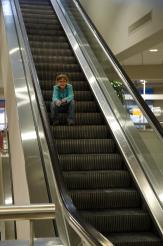 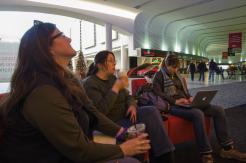 While waiting, various people amused themselves in various ways. 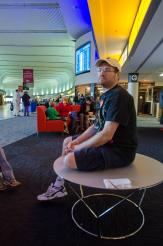 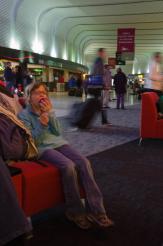 A very rare shot: Note how everyone else in the airport is moving, but Carina...(more) 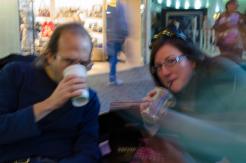 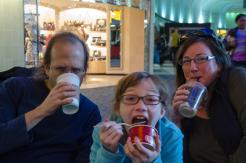 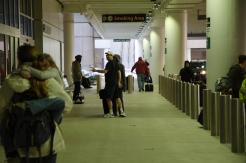