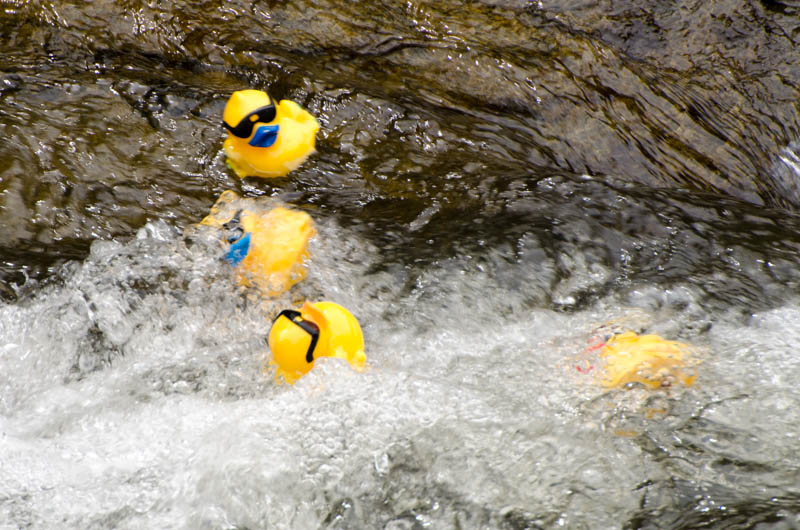 A few shots of Bez and Shoshe's dog Yuri, a miniature poodle, and his high-energy hijinks with some other dogs. DSC_4164:

Yuri is bounding around happily. DSC_4167:

The back of Bez, watching the ducks.

More spectators on the bridge.

Someone in a duck suit watches.

A Robinson R44 helicopter flies overhead. It was just passing through, not hovering, circling, or...(more)

The duck and a friend (duck-) walk towards the end of the course.

Downstream at the end

The water moves much slower towards the end of the race, close to where the stream meets the lake, as opposed to by the falls (obviously). At the end people collect the ducks. DSC_4233:

Some real ducks seem pretty unconcered about all this rubber ducky racing going on. DSC_4245: