The annual Perseid meteor shower was this weekend, it was supposed to be clear at night, and I actually knew about it before the event. So I decided I'd try to get some pictures of it. As it turns out, I only got pictures of stars, but I saw a few meteors or shooting stars.

On Saturday night, Bez, Shoshe, Rob, and I sat in Bez and Shoshe's back yard, near route 79, and star gazed. We saw a few shooting stars and got some pictures. It was after midnight and eventually we got cold, clouds started to come in, and things got wet with dew. Shoshe was impressed that she could see the Milky Way from her back yard. These pictures were all taken with my prime (fixed) 50mm lens (effectively a 75mm lens on a 35mm camera). Most of the shots were taken using a 20-30 second exposure. 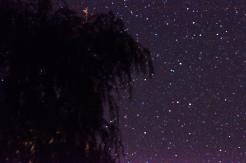 Silhouette of a tree form the backyard plus stars. 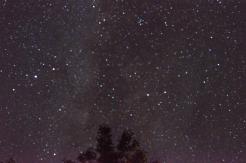 Some Milky Way action above the tree. 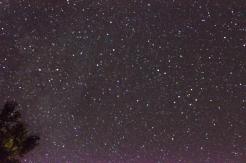 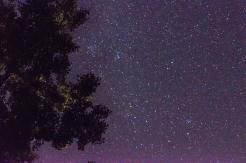 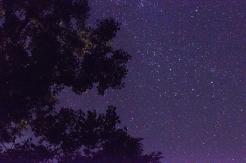 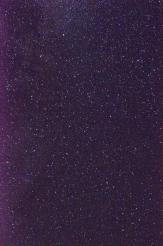 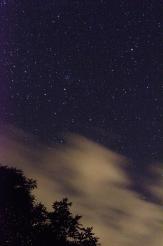 Some clouds in the distance, just above the trees. 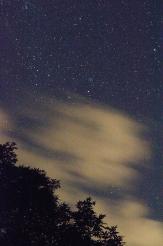 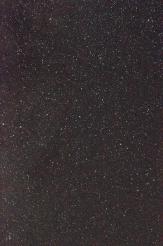 With an exposure of around 20-25 second, some motion of the stars becomes visible. 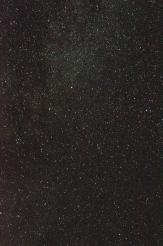 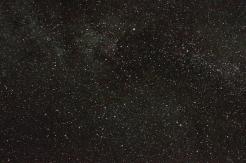 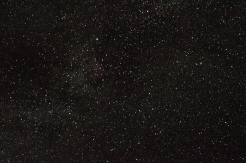 A nice space background, suitable for Star Trek or later photoshop use. 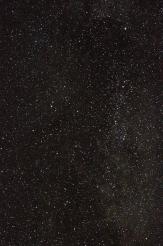 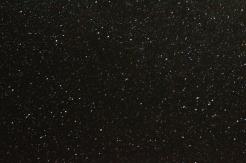 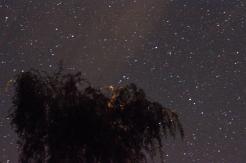 Looks much better as a thumbnail.

Since I wasn't that happy with the pictures from Saturday, and I noticed the weather forecast for Sunday has changed to clear skies, I decided I'd go out on my own to see what I could see (and photograph what I could photograph). I left around 10:30pm and decided I'd go up to Mt. Pleasant because it's relatively close, somewhat up (hence the "Mt." in the name), having little besides farms there probably has limited light pollution and somewhat open views of the skies, and, hell, it must be pretty nice otherwise it wouldn't have "pleasant" in its name.

I saw a few cars pulled off to the side of the road, but there were 3 behind me, so I kept on driving. The next time I saw a few pulled over, I pulled in behind them. I could hear people around and such and there was a small building off to the side. There was little traffic on the road after that. I took some pictures there. Then after seeing some people coming and going from the small building in the field, I discovered it was the Cornell observatory , and people were there. They don't announce when it's open, but they're happy to show people stuff, which included Neptune and a planetary nebula. Neat.

I took more pictures of the stars with varying degrees of success. Some look nice as small images. Most are somewhat blurry at screen resolution, and all are really noisy at high resolution. These were taken with my 16-85mm zoom lens, most at the 16mm setting, with around 10-15 second exposure time. I had the ISO set high, 3200 for some and "HI" for others (8000 for the trees at the end). It's possible some agressive use of Photoshop and filters might be able to clean it up a little. Not sure. 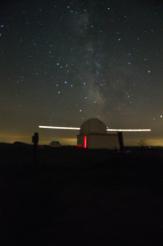 Not a shooting star, but a plane, on approach to Runway 32 at Ithaca. 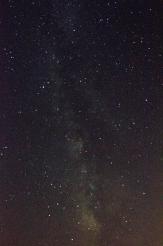 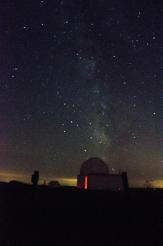 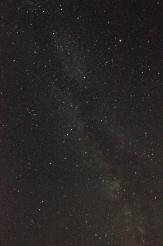 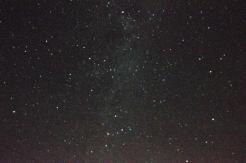 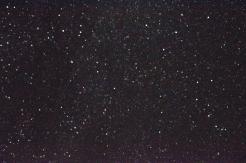 OK, this one might actually have a shooting star in it. Look at the bigger view and there's a...(more) 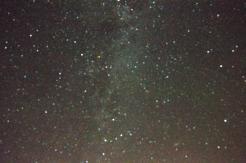 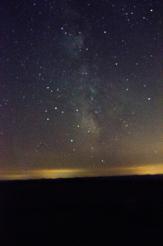 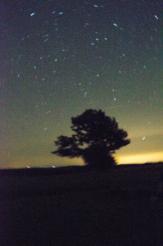 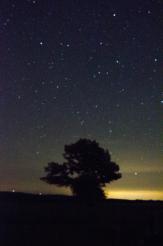 A lone tree under the stars on Mt. Pleasant. 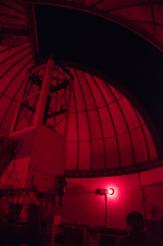 The telescope at the Cornell Observatory on Mt. Pleasant. 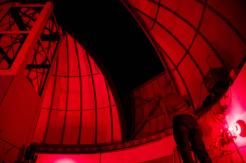 Someone cranking the door to the dome shut, once the clouds rolled in.