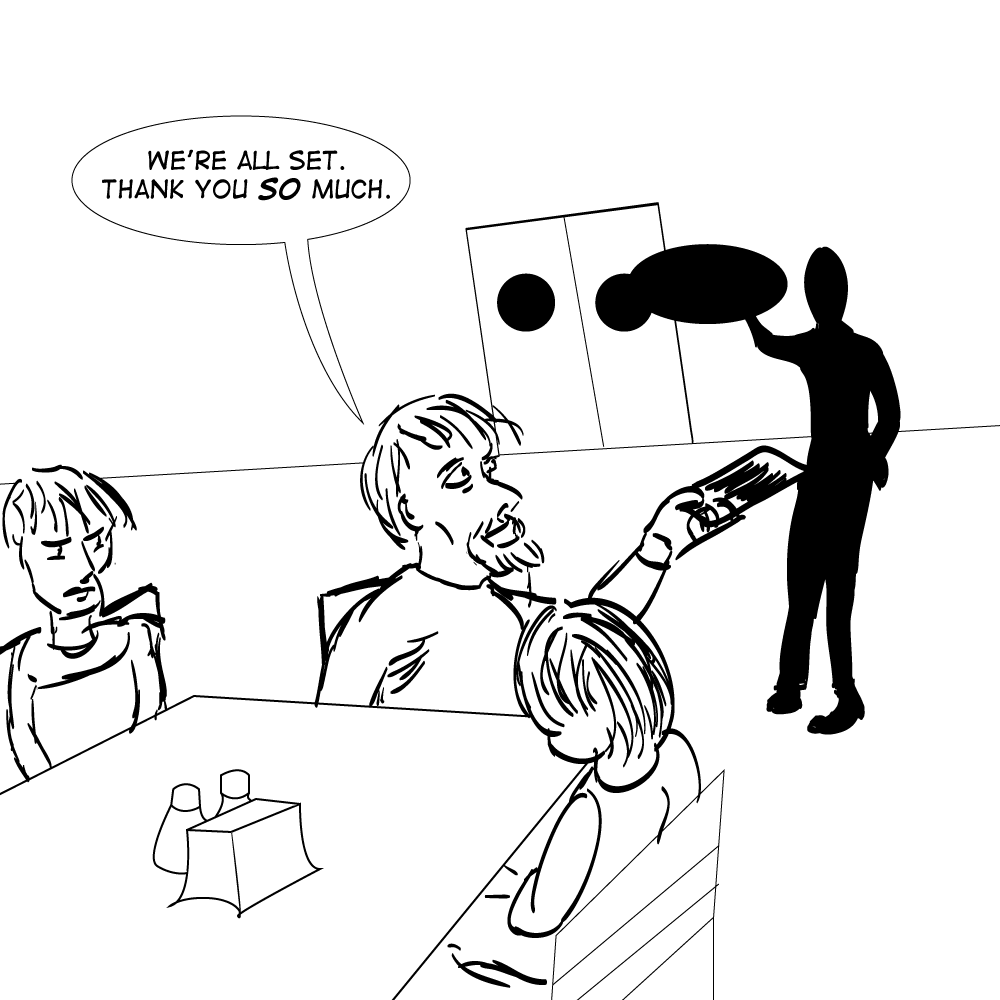 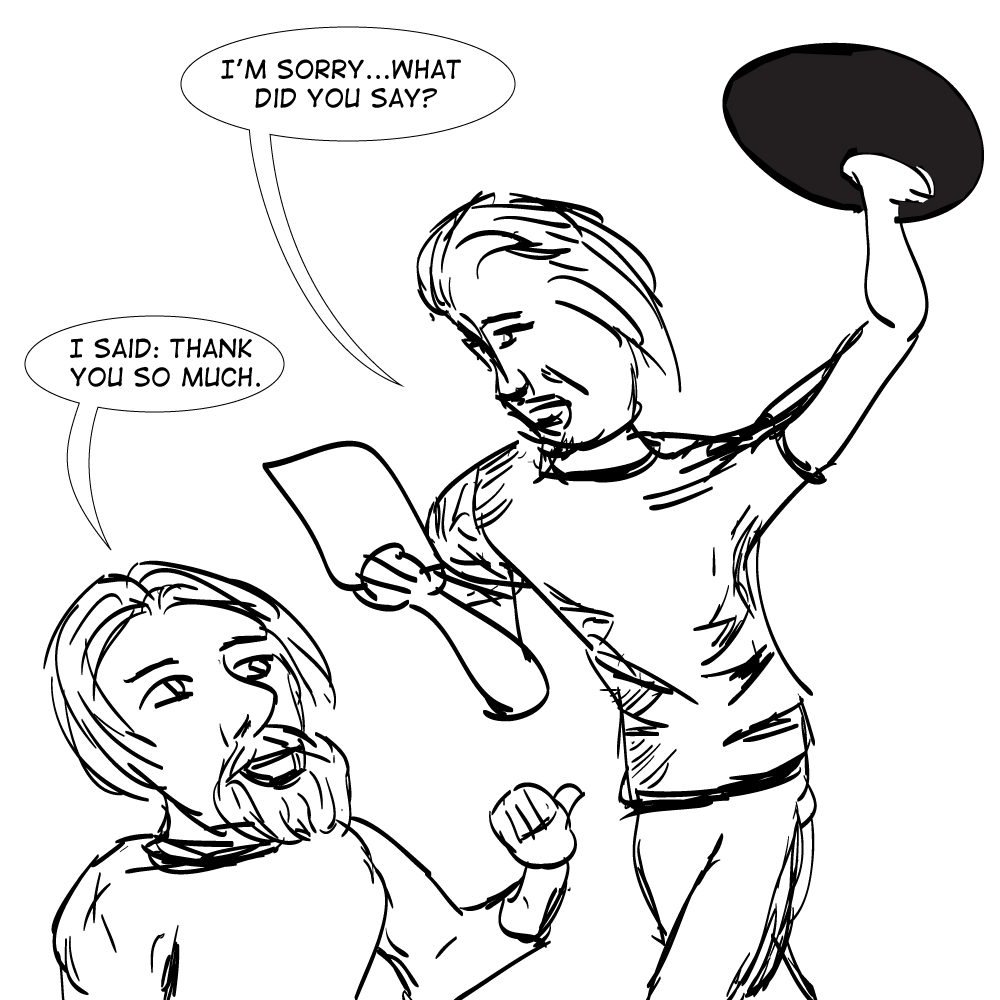 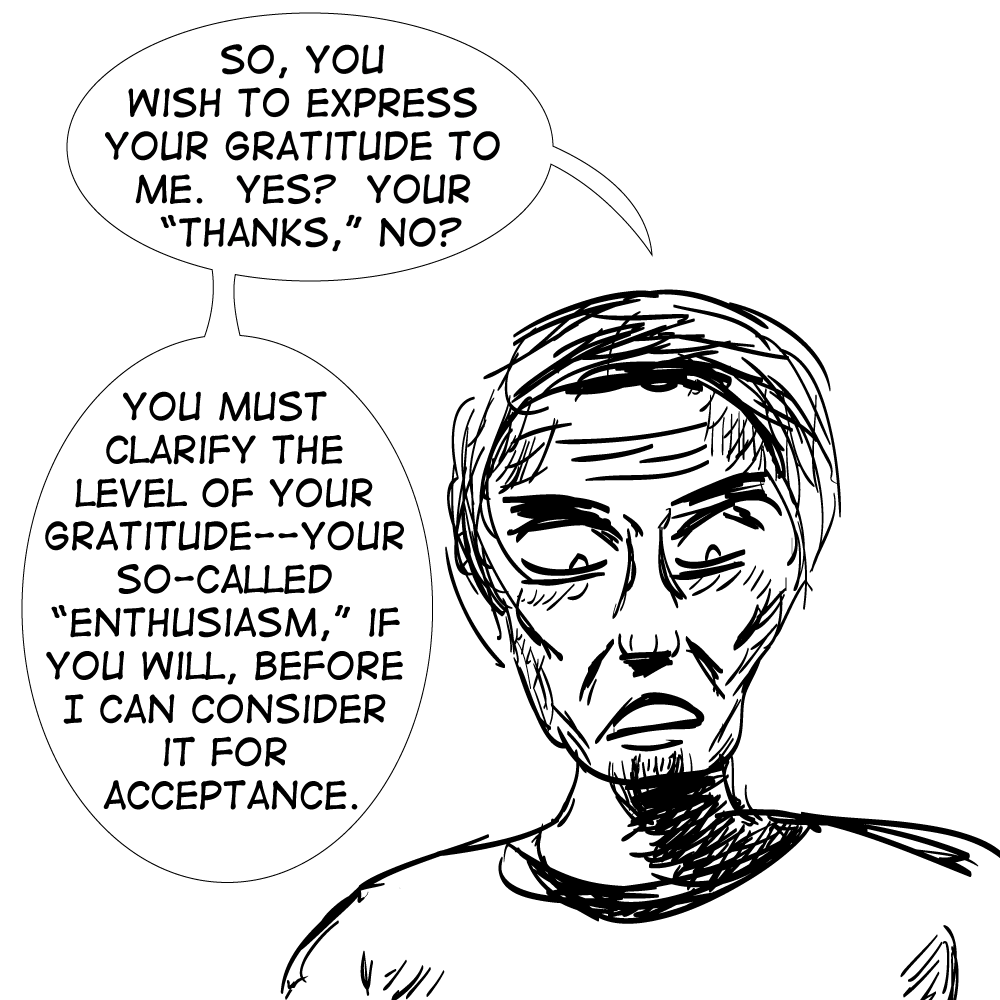 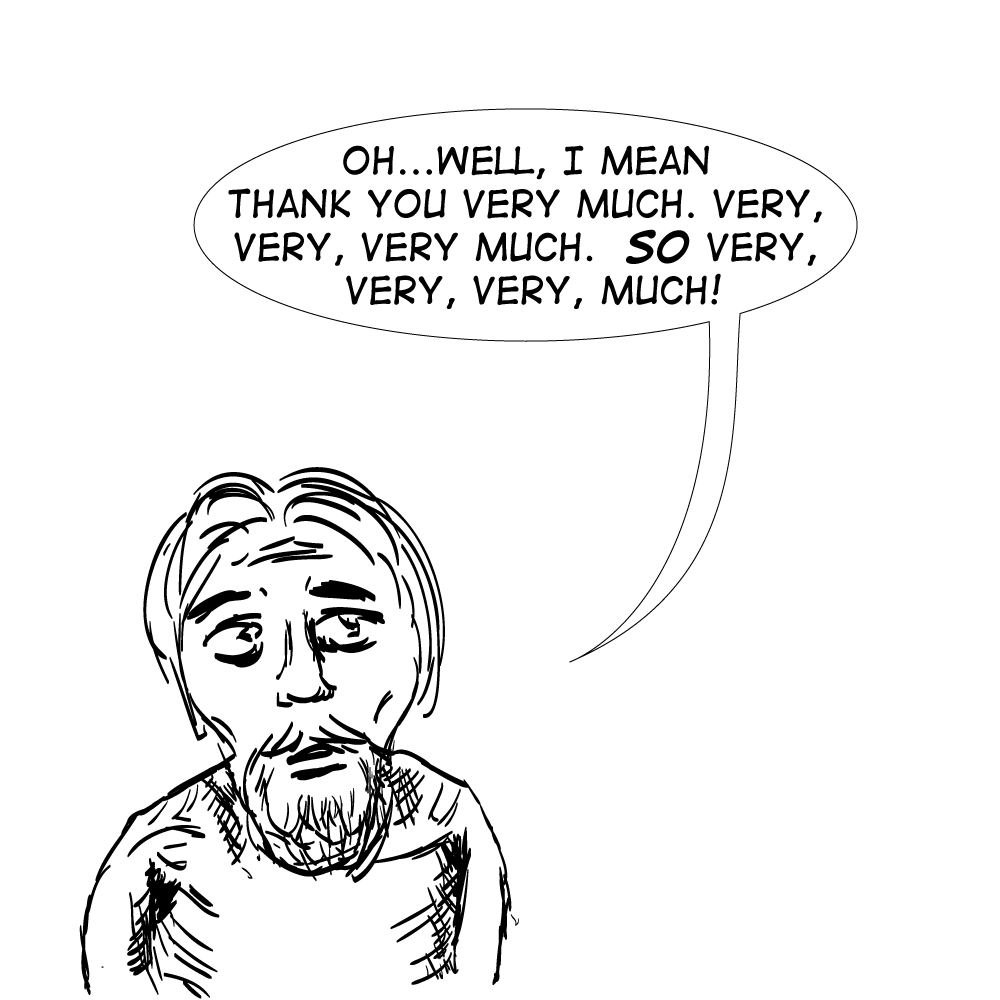 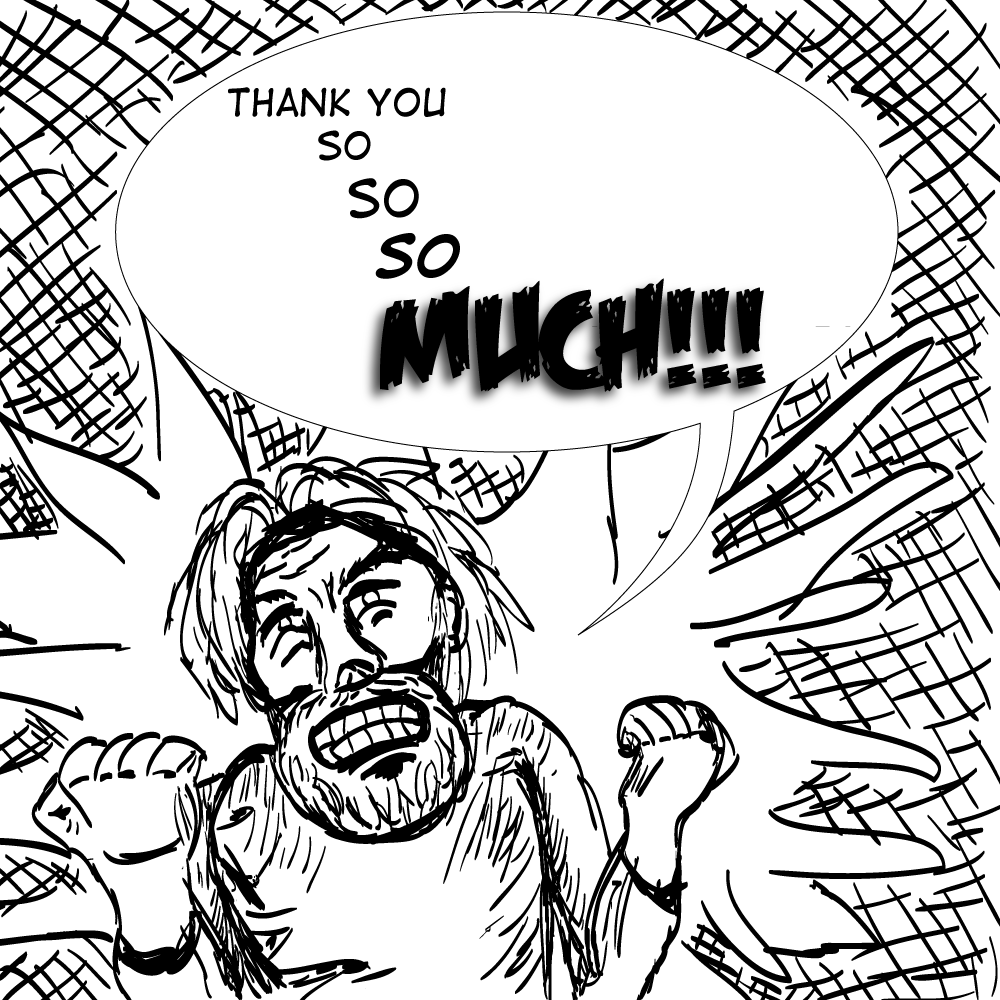 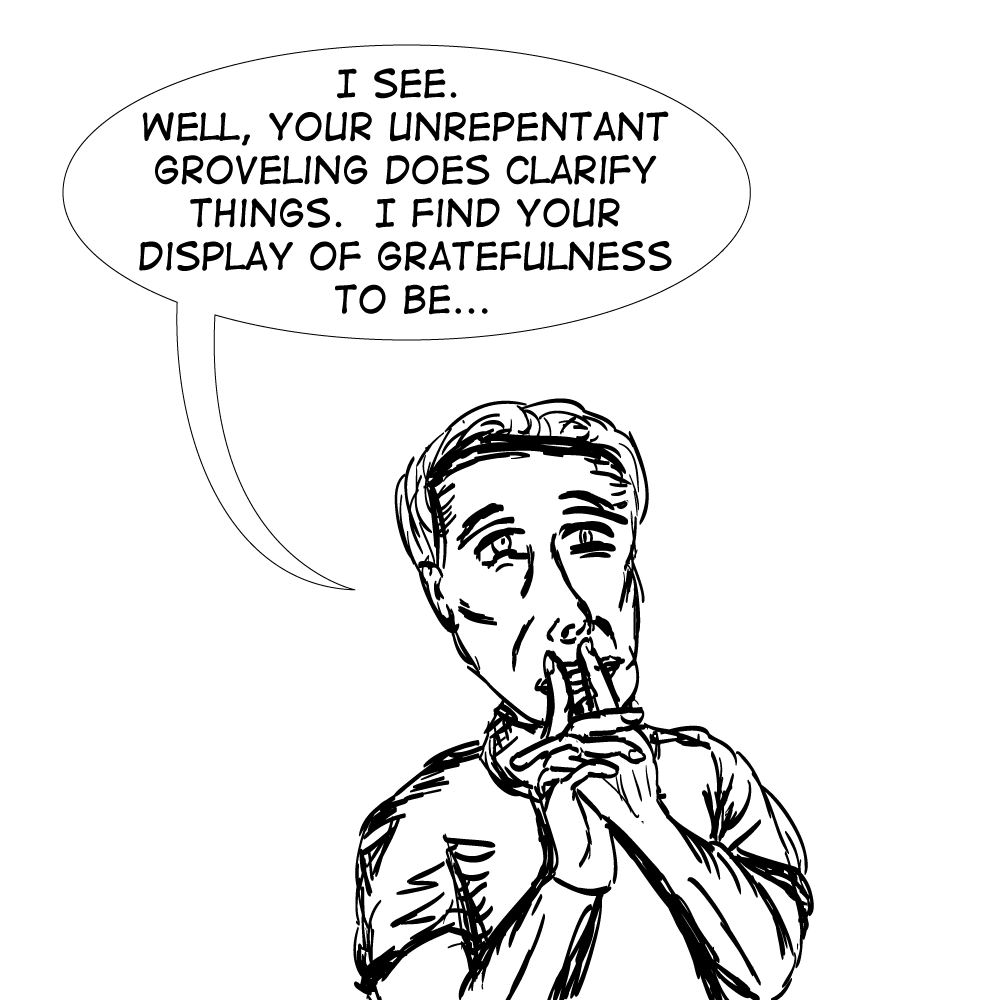 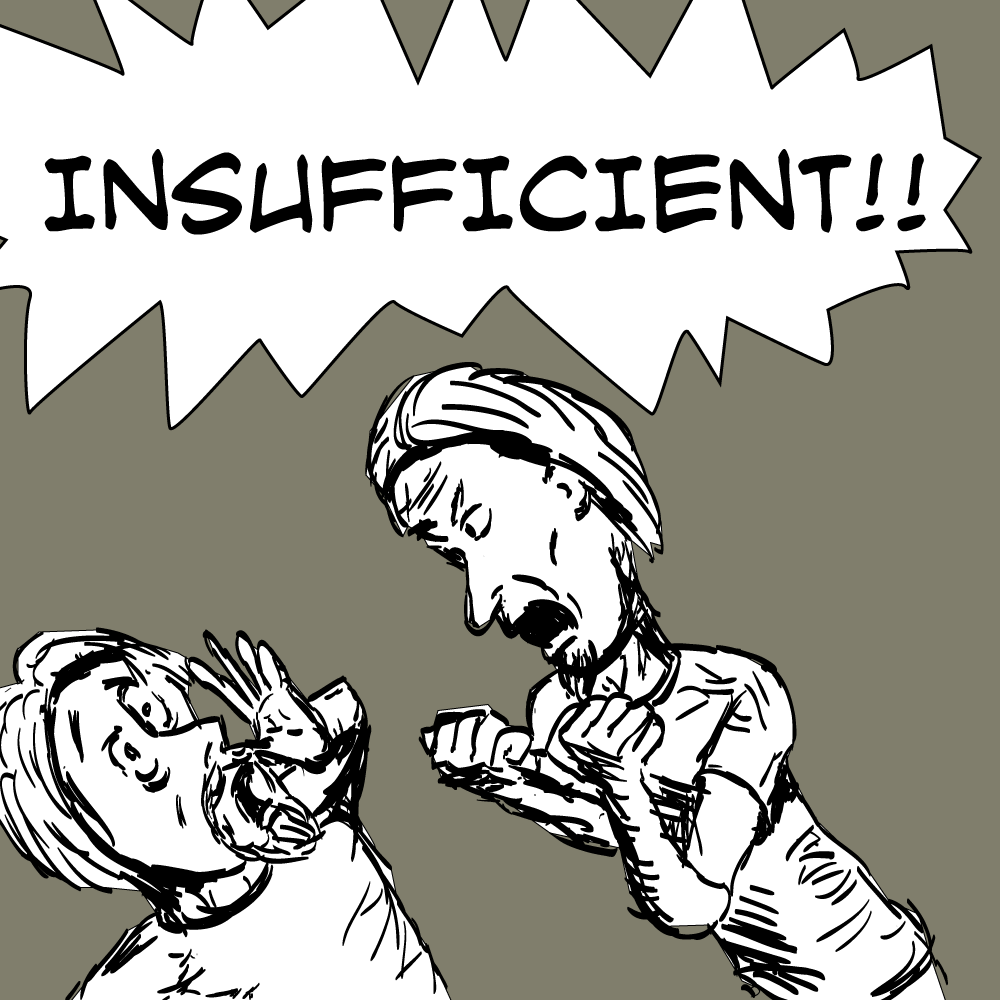 And now all the blah blah blah...

Back in the day, a simple "thank you" would suffice. If they had put significant extra effort into it (or you were Elvis), you could up the level a notch with a "thank you very much" and be on your way. But alas, all things much change. Just as inflation affects our buying power, a simple thank-you seems to express a lot less gratitude that it once did. Now, the mere effort of a waiter bringing a check merits the sort of praise that was once reserved for Roman heroes returning to receive a triumph from Ceasar.

I first noticed this a few years back. The very event described above happened (er, that is hearing someone thank a waiter SO MUCH for bringing a check, not the receiving a triumph in Rome). I figured it was just him. Also, he was born in Canada, so it may very well be a difference in the gratitude (and gratuity) conversion rate. And besides, it might also have been metric. So who was I to argue with how much thanks the server merited.

But in the last few years, I've noticed that everyone thanks everyone else SO MUCH for every little thing. This, of course, makes me wonder exactly HOW MUCH thanks they mean, when they say SO MUCH. So so so so SOOOOO MUCH!!!! You just want to hug and squeeze them until you are sure there is no doubt left as to the amount of thanking being offered. In terms of the idea for the strip, everything else kind of fell into place after that.

I decided to keep this one in black & white for simplicity. This was done all in Illustrator, except for some primative doodles, including to the "inking", some touch ups, and backgrounds. I put a little bit of background stuff in some of the frames so they wouldn't be all white, but backgrounds take work, and I'm quite lazy, therefore there 4 of the frames have nothing but white backgrounds. Just be happy with what is there. I had to look on the Internet to get a reference image of someone with their hands folded together like that; I think that worked. Everything else was by eye or using my little mini posable action figure.

Oh, and the guy who thanked the waitress (waiter in the drawing) really DID have a beard.