A composite picture of the remains of the corner watchtowner that was along the Town Wall. It was built after Pandon was incorporated into Newcastle (in 1298), and likely completed in the early 14th century, as it was being built in 1307. See the next picture for (hard to read) information on the watchtower. 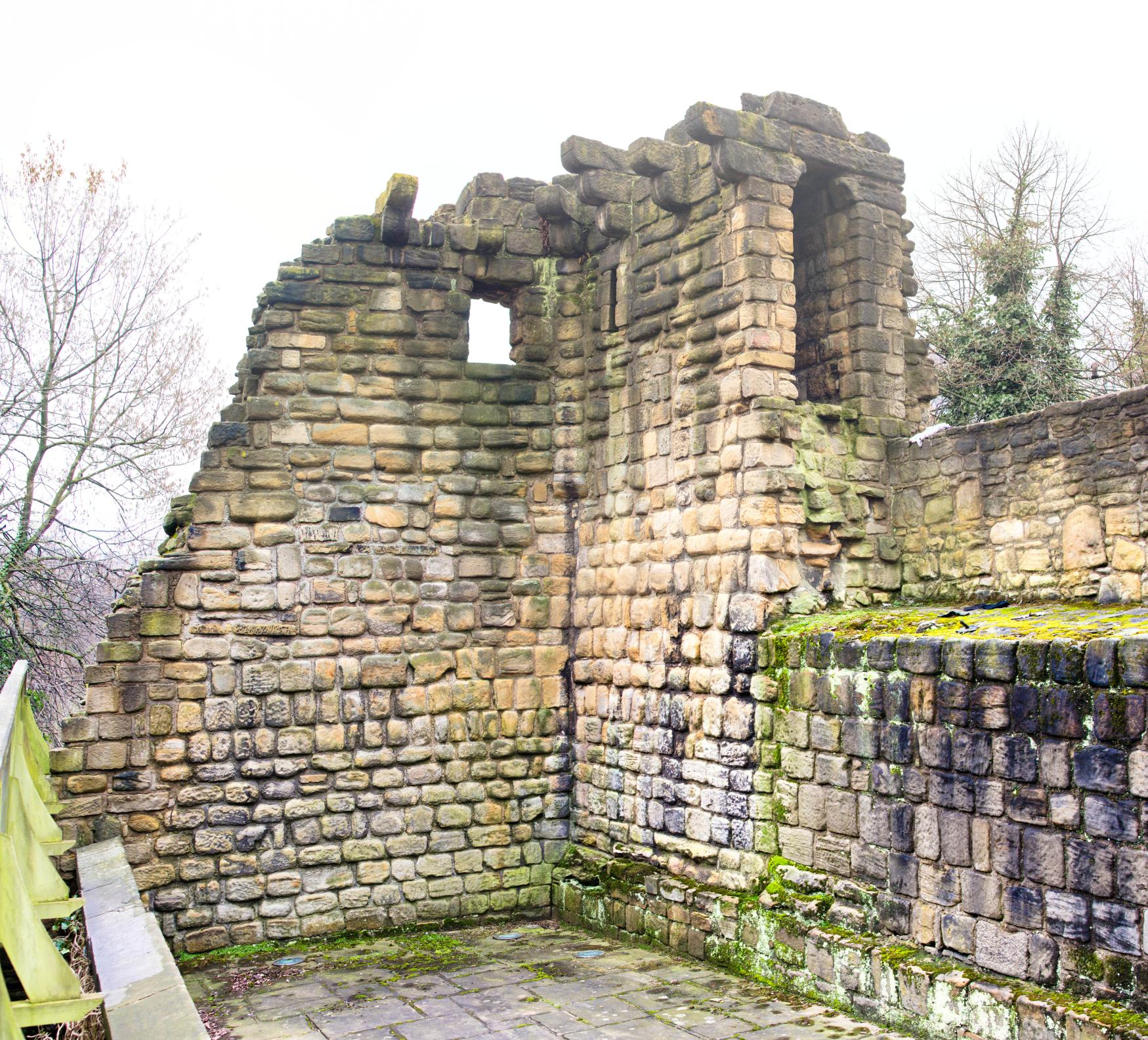