Frank hits the ball and has to run! It was either a fly ball that was caught or an out at first. Note the orange theme of me, Lena playing first, Kenji in right field, and Ray in center field. You can see the orange first base just to the right of Lena, and then maybe 3 meters to the right of it at the edge of the picture was the socially distant first base where I was running. 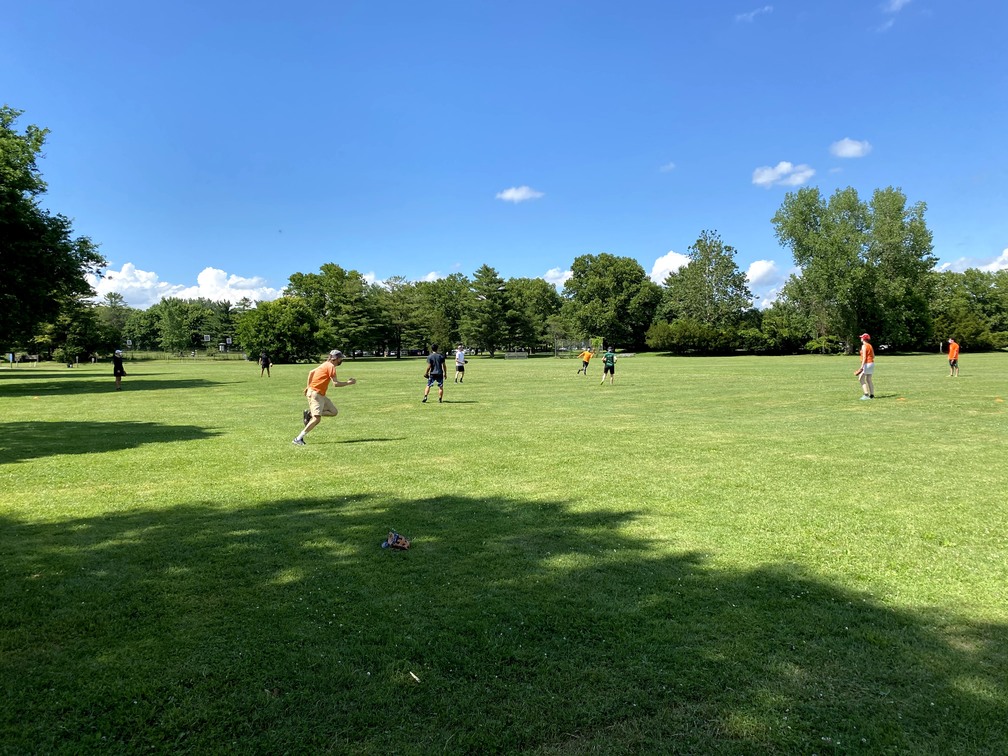