A sort-of view of Cayuga Lake. I was trying to obsure some power generators nearby by getting as low as I could and having the bushes mostly obscure them. 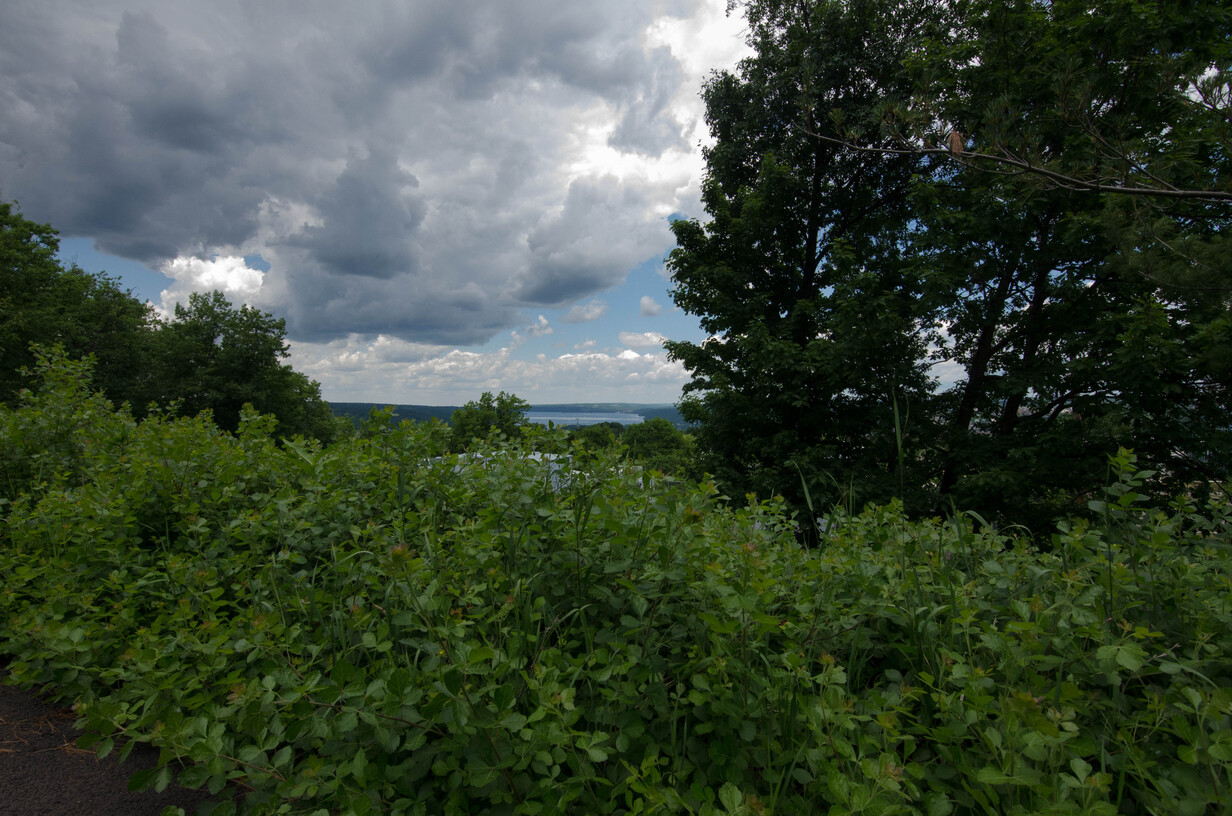