A Tour of the Ithaca Train Station

The Tompkins Trust Company bank is almost connected to the train station to the south. Although it's a fairly new building, it was designed to have a similar architectural style so it wouldn't clash with the station. 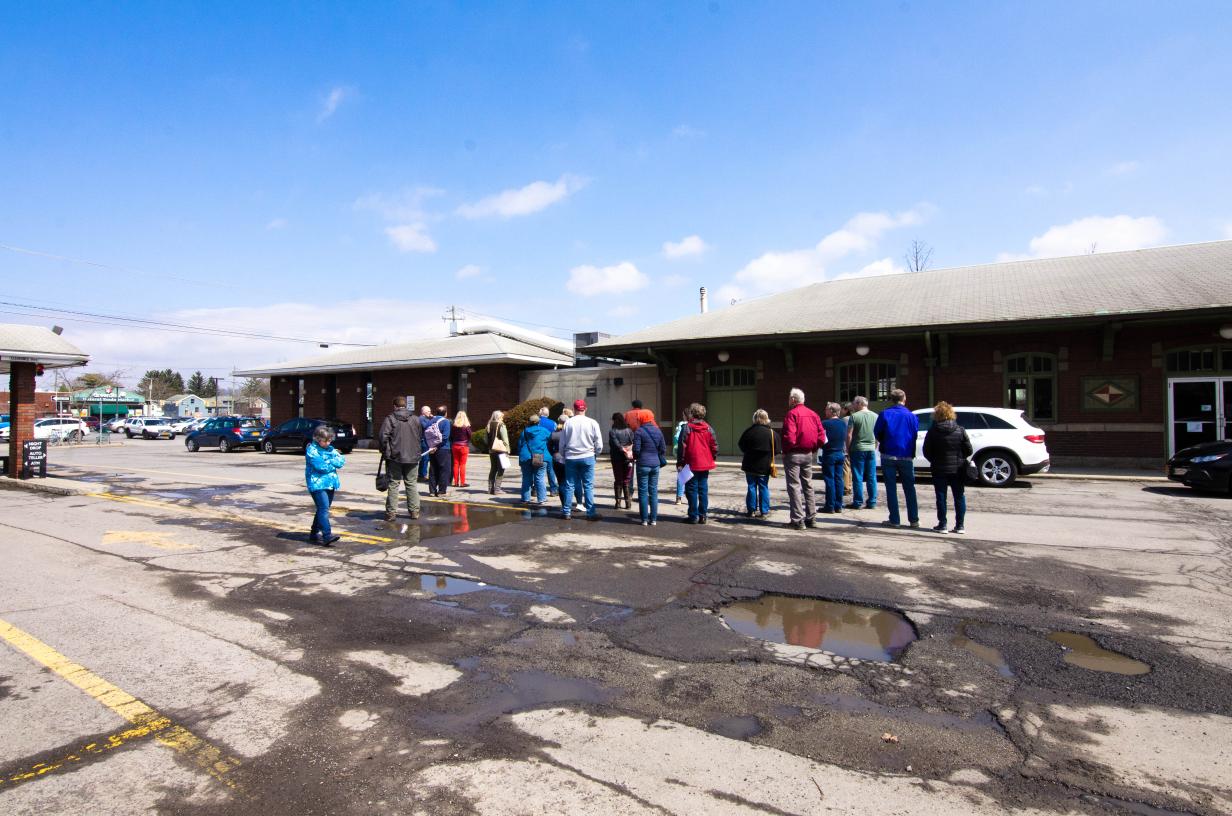