It wasn't until a later video that I realized this volume meter was counting down the last 10 seconds before each video began (while advertising a stereo component). These are not matched to each building,so the text is distorted by the building's contours. 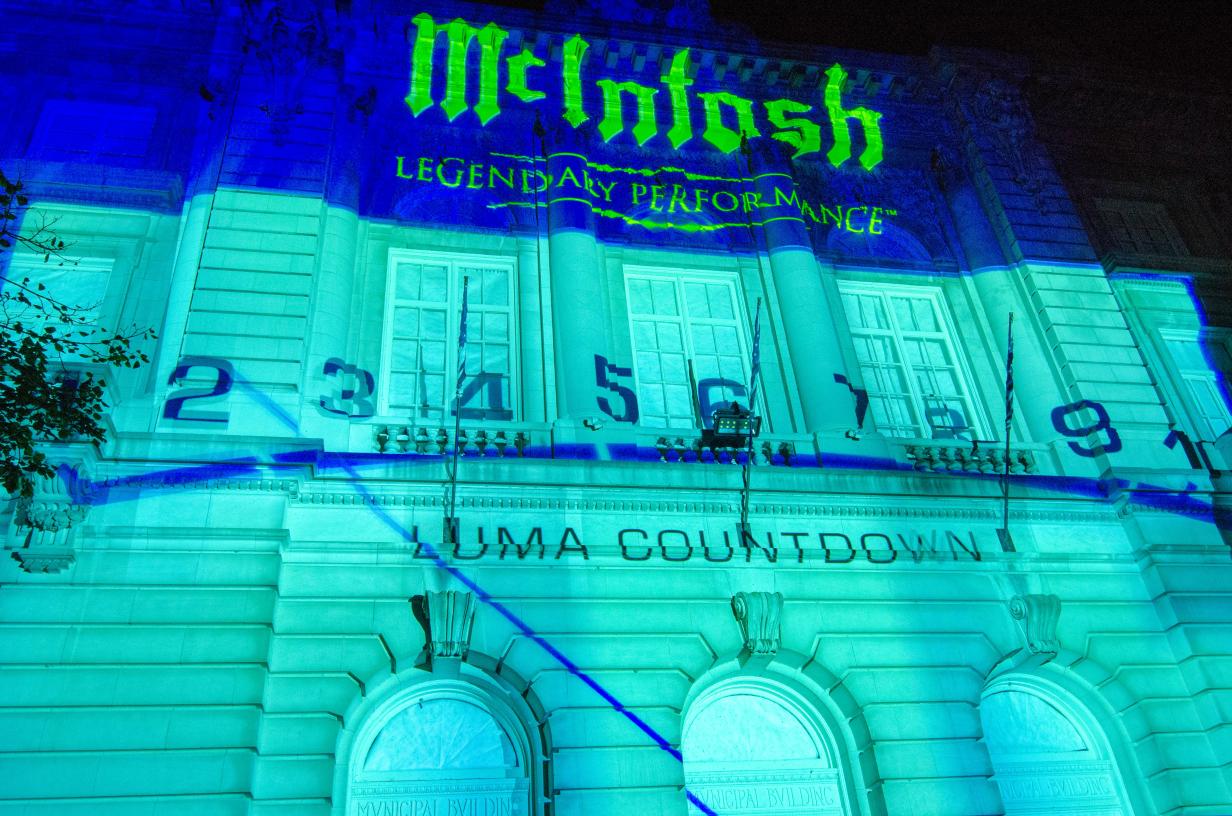