The world is sucked into the museum or whatever it is and barriers are erected blocking the world out. People come by and bang on the invisible barriers but can't help or are trapped outside. Sort of like The Wall ("It's not easy banging your heart against against some mad bugger's wall"). 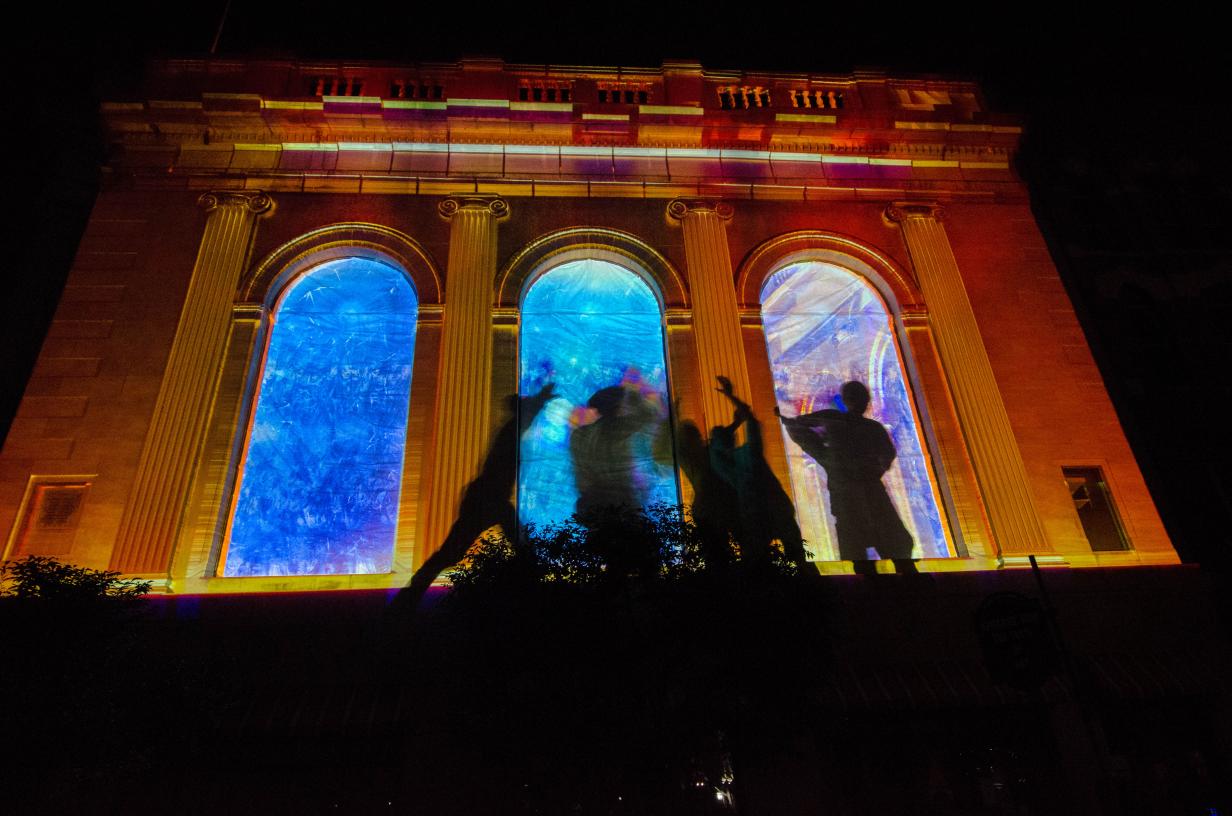