This shot was taken 12 seconds later. And the same streak is there. Since there's no color (red/white), I don't think it's a plane. My guess is that it's a satellite. 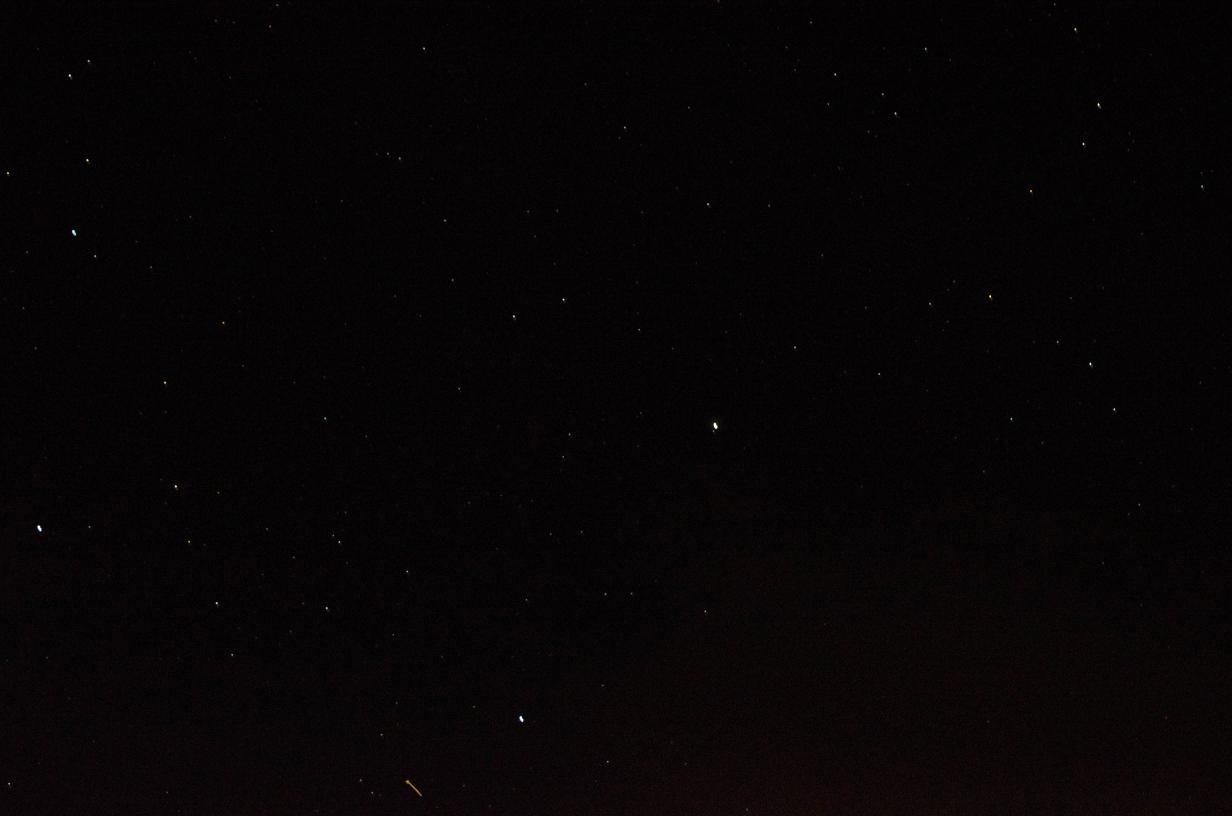