While Biking Around Cayuga Heights...

I decided to take my camera with me as I went on a fairly brief bike ride around Cayuga Heights and vicinity (some might also count as the Village of Lansing). A lot of this was around the areas where all the streets are named Highgate or Highland, with a Circle, Place, and Road as a prefix. There actually are multiple different intersections of Highland Circle and Highland Place so navigation is more a matter of winding up somewhere interesting.

I thought I might go by some waterfalls, but instead found other things. It was a bit awkward riding with the camera around my shoulder, always trying t roll off my back and hang down in front of me swinging by the handlebars.

I spotted a stack of rocks at the end of a lot next to the street. I stopped and went back and realized there were a few of them. They looked like they'd be cook in black and white, or rather sepia tone. 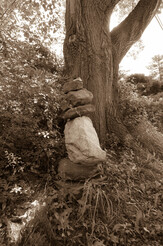 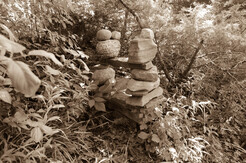 Another with a sort of bench bridge for ants. 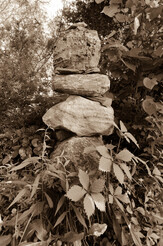 Another as a mid-level shot. 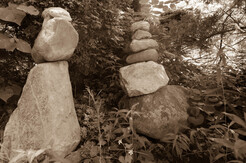 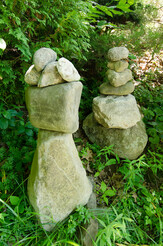 Here's another view of the last picture in living color! 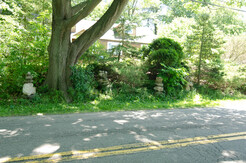 And across the street, with all for in one place.

This is a house a few blocks away that has nothing to do with cairns. But it...(more)

This is a path that goes behind the Savanah Park Apartments off of Triphammer and connects to one of the Highland/Highgate roads or circles or places in Cayuga Heights via some sort of transdimensional warp. I took some pictures of the trees around the area while enjoying the shade. 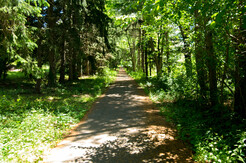 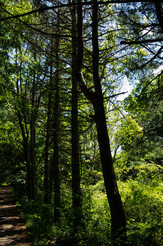 Some trees on the edge of the path with a little silhouette action going on. 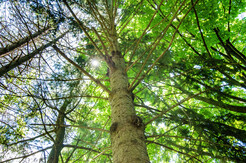 Looking up at a tree with so many little freaky arms. 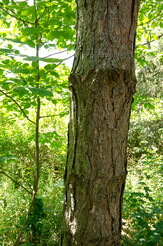 A Groot tree. Here's my line drawing of it. 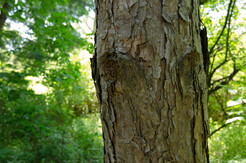 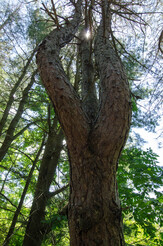 An upside down 3 legged tree, with the sun poking through at the top. 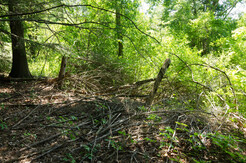 The remains of a wooden fence. 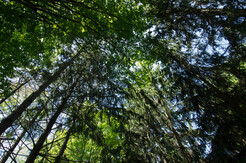 Looking up at the trees. 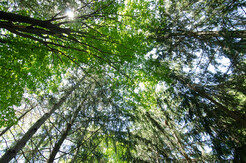 Looking up at hte trees with a little lighter colors and the sun poking through. 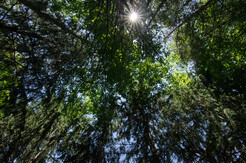 One of my favorites of the bunch: looking up at the trees with a starburst sun...(more)