Fireflies on a Mid-summer Night

A couple nights ago I walked home around dusk and noticed there were lots of fireflies in the slightly wooded and tall grass areas right next to where I live. So last night around 10:30pm, I went outside with my camera and tripod and took some pictures and a few videos of the fireflies putting on their nightly show. It was a very pleasant night out and since this wasn't a large wooded area, there were no mosquitoes, so I could spend 20-30 minutes there without major blood loss.

Most of the exposures were between 1-2 seconds with the camera on a high ISO setting. I was using my telephoto lens so I could get some tigher shots of groups of fireflies in the distance. For others, I set up across the street. The glow of the fireflies is quite bright, but in some of the pictures I've increased the brightness a bit to see some of the background. At the pixel level it's quite noisy, but some of them look almost like paintings, which is cool. 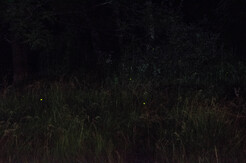 Fireflies in the grass. 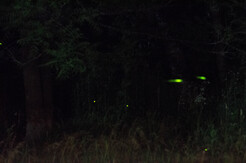 Fireflies in motion and standing still. 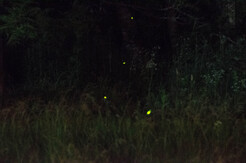 Fireflies by the tall grass and the mysterious blackness beyond. 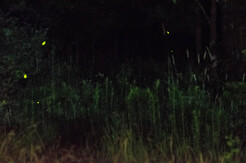 More fireflies and grass, in a sort of impressionistic style. 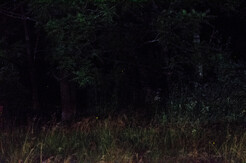 A longer shot with (at least) 4 fireflies active. 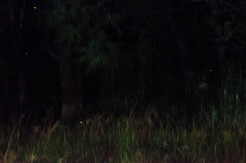 A more impressionistic version of grass and fireflies. 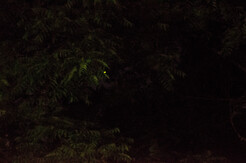 A firefly lights the tree leaves. I quite like this one. 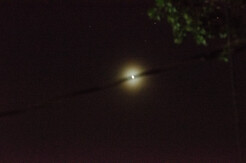 Something weird in the sky! 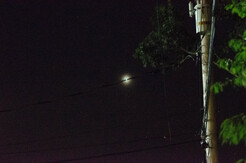 OK, it's Jupiter (maybe?) bisected by a power line. It wasn't actually...(more) 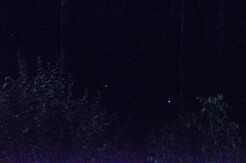 Looking across the street at other fireflies. 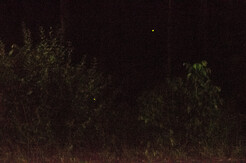 Ominous woods behind the fireflies.

A tree lit by fireflies with trees looming in the background. Another of my...(more)