While riding my bike last week, around the airport, and just beyond, I found a little area that had a very swampy, bayou look to it. Very green. Like something out of a Swamp Thing comic book. So I went there today (didn't bike, as I wanted to take a few lenses) and took a few pictures. The entire area, viewed from the road is very narrow. I was standing on the edge of the road the entire time. After a few minutes, the mosquitoes realized I was around, so it was time for me to go. The first picture is a panoramic shot, and the last is slightly doctored to show what I see in my mind when I look at it. I even added some sun-dappling. August 29, 2019.

This isn't what I think of as "Ithaca". 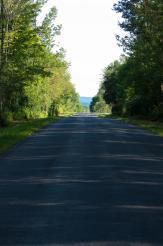 The road beyond the airport, looking to the west. 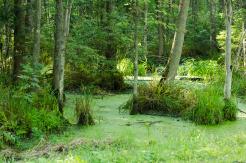 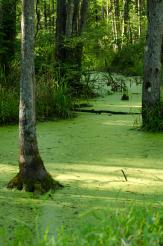 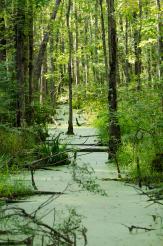 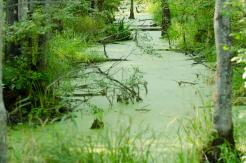 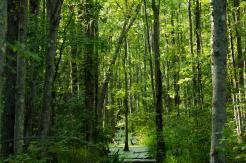 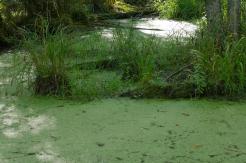 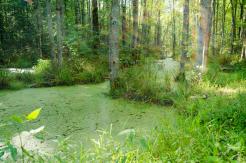 Rainbow sunlight. Looks like the Swamp Thing should be reveling in it. 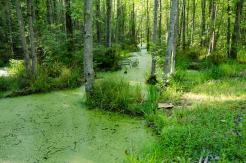 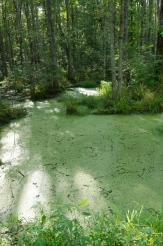 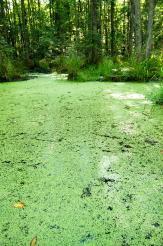 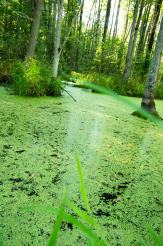 Looks like a view from the bow of a canoe. 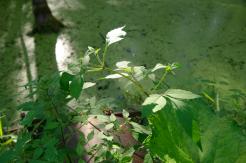 Close up of some leaves lit by the sun. 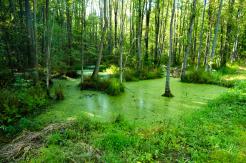 Look closely and you'll see the Swamp Thing reveling in the sun.