It was Friday, August 12, 2022. It was a remarkably clear night. So I went to Mt. Pleasant next to the Hartung-Boothroyd Obseratory (HBO) to see about getting some pictures of the Persieds meteor shower. It wasn't buggy since he haven't had much rain this summer. The only problem was the full moon was the previous night. So it was, pretty much, still full and really zapped out most of the star viewing. And it got brighter out as the moon got higher.

We saw a few shooting stars and maybe two were more than just brief, tiny motion. One was an arcing one with a trail of sparkles that looked like the Disney logo. It lasted one second at the most. I imagine by that point the Disney lawyers had served it a cease and desist notice. But I took a few pictures and the stars that were visible looked nice and it was easy spot the easy-to-spot constellations.

Here are 16 photo highlights, plus one that Dianne took of me while I was looking for a meteor to photograph. 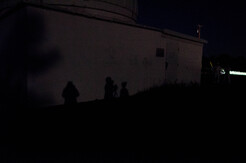 Shadows from the moon of me, Rob, and Dianne on the HBO wall. I'm being...(more) 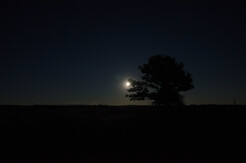 The moon rose about an hour after sunset. Here's it behind the tree (one of...(more) 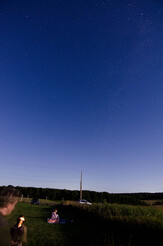 A 10 second exposure. It was quite dark out. Rob's head is transparent...(more) 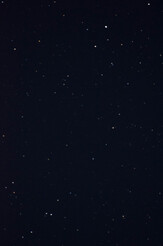 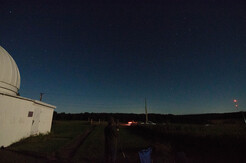 Rob setting up his camera and tripod for a shot. Can you spot the Big Dipper...(more) 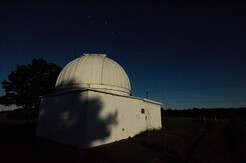 The HBO with the Big Dipper right over it. 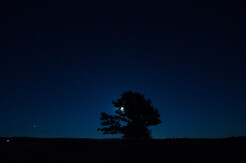 The almost full moon rising behind the tree. To the left on the horizon is...(more) 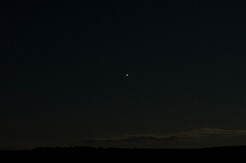 Jupiter! Look at it at full resolution. I don't know if those are 2 of the...(more) 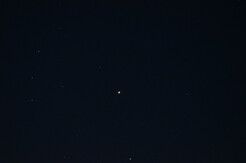 Saturn is the central bright tilted oval blob. That might be the rings or...(more) 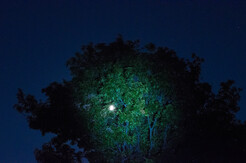 What do you see? A tree with the full moon in it? The profile of a moon dog...(more) 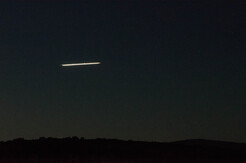 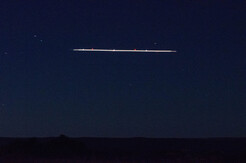 A commerical plane, likely level at 3300 feet MSL lined up for the glide slope...(more) 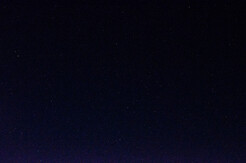 More stars!! Though it is a bit noisy. 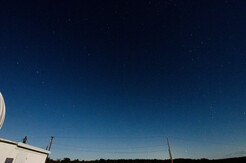 The Big Dipper, North Star, and Cassiopeia. Also, I don't know what that...(more) 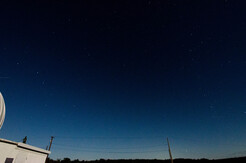 Another picture taken 1.5 minutes after the previous one. The dots in the...(more) 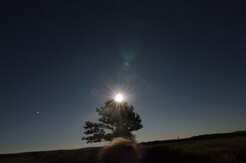 A shot of the moon rising above the the tree, with Rob's head below it. I knew...(more)