A few pitures from the cottage.

Mostly these are views of or from the back, with some at high tide and some at night from the porch.

It wasn't a full moon or a new moon, yet at one point the high tide was quite high (for about an hour). I took some pictures of it.

The view from the back of the stream and pond as the tide is coming in.

Looking to where the stream connects to The Lagoon Pond.

Getting to be high tide, the stream overflows into the back yard. 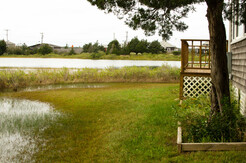 Getting towards high tide. 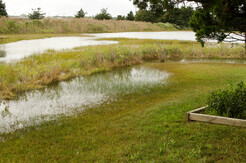 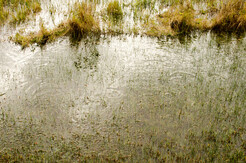 The edge of the stream, where minnows reacting to me moving caused ripples. 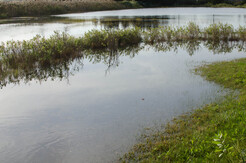 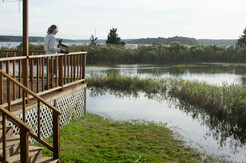 High tide during a peak tide. 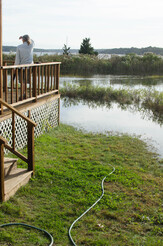 Note the location of the hose. Picture 15 was taken an hour later. 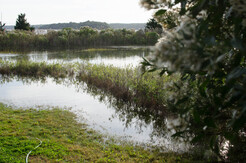 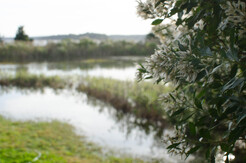 Trying to be arty with the narrow depth of field. 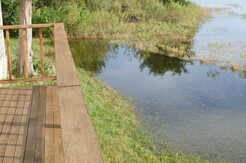 A view from the porch at peak high tide. 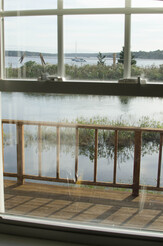 You want a view with water, you got it! 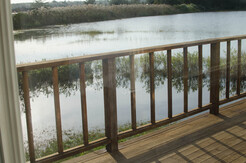 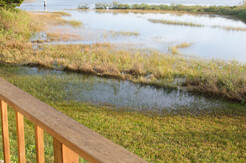 The tide is receeding. 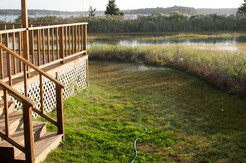 An hour after high tide the water's gone. The hose is in the same...(more)

There had been a recent coronal mass ejection (CME) from the sun that was supposed to cause auroras that would be visible fairly well into the continental US. Unfortunately, it was mostly cloudy. At one point it did clear a little and I went outside but I didn't really see anything aurora-like. I took a few pictures of the drawbridge and the sky.

In one shot, when I crank up the brightness, there's something visible, but it's not really colorful—probably just a high altitude cloud. I also took a picture that has a Star Trek look of what space is like. I didn't have a tripod, so I held the camera on the porch railing, pointing up somewhere in the sky and I tried to keep it still. Looking at the high resolution shot, it's clear the camera moved a little as every star is an oval instead of a circle. It still looks cool at the screen resolution. 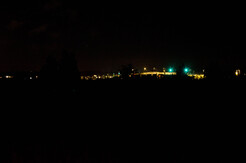 The drawbridge and the only traffic lights on the island. 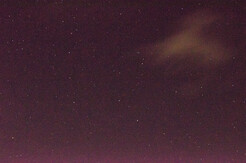 Probably not the Aurora Borealis. 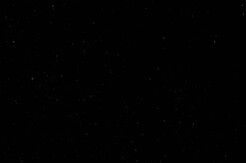 Stars Trek-ish stars! (Not visible from the thumbnail.)

A two picture panoramic shot of the drawbridge.