We visited the Aquinnah Cliffs (formerly called Gay Head Cliffs) and the Lighthouse there. In 2015, the lighthouse was moved 134 feet back, away from the eroding cliff edge. The cliffs are clay based and very colorful. The lighthouse itself was closed to the public though we could walk around the outside. On the other side of the parking lot was a trail that went to the beach where the cliffs are. The beach pictures are in the next section.

View (looking south-west-ish) of the beach from the overlook area. 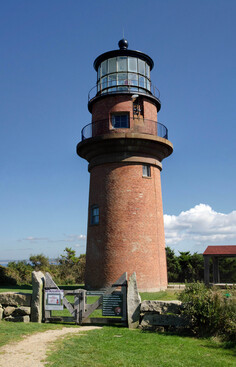 The Gay Head Lighthouse was moved a bit back from the cliffs a few years ago.

Another view of the Gay Head Lighthouse.

A view of Gay Head or Aquinnah Cliffs and the lighthouse from the overlook. 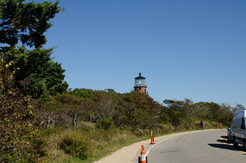 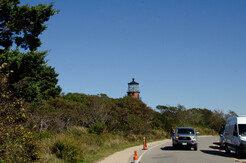 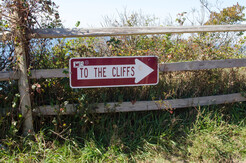 "Quickly chum, To the cliffs!" 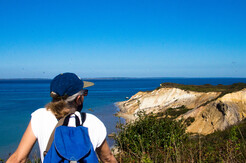 Marlene looking at the cliffs. 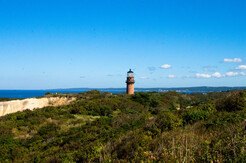 The lighthouse and the cliffs. 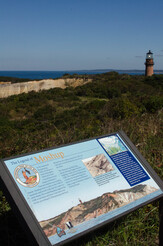 Information on the Legend of Moshup with the lighthouse in the background. 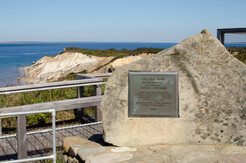 A plaque stating Gay Had Cliffs is a Registered National Landmark. 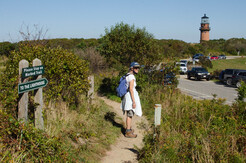 Marlene, staying on the Marked Trail To The Lighthouse. I didn't catch the...(more) 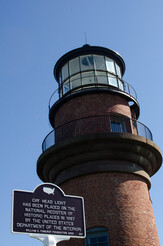 The lighthouse is on the National Register of Historic Places. 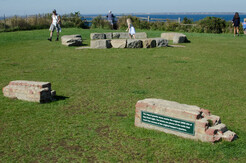 The ring of stones with the little girl in the middle is where the original...(more) 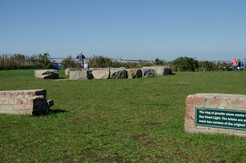 A lower prespective on the orignial stones. 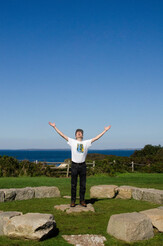 Frank in the middle of the previous location of the lighthouse. 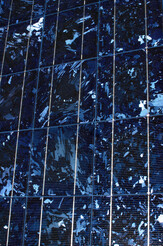 The solar panels by a bathroom had a cool iridescent blue color. 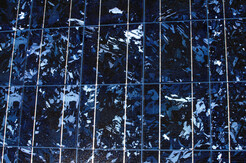 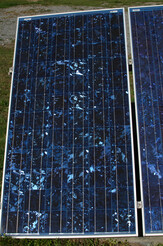 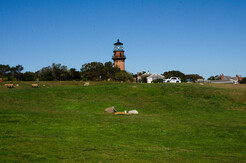 A view of the lighthouse from the far end of the parking lot near the beach. 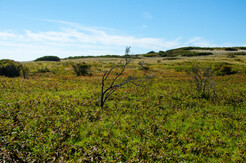 The trail to Moshup Beach by the Aquinnah Cliffs.