My goal, upon arrival in Cambridge, was to stay awake until the end of the day, so I would be appropriately tired, get a decent night's rest, and then wake up (mostly) in synch with the new timezone. While it's true that I arrived at the Cambridge station, I actually needed to change trains to go one more hop to the Cambridge North station. But that went OK, and both in King's Cross and Cambridge stations, I was able to get a wireless Internet connection and send a quick email on my progress. I didn't want to try to get a SIM card and see if my old phone would work and then scramble to figure out what to do when it didn't. Also, unrelated to anything, I don't understand why the King's Cross station is spelled using an apostrophe but Barons Court is not. (OK, I just looked it up and basically there's no consensus or rules. Sometimes names are singular possessive, sometimes plural possessive, and sometimes just they are just a plural noun. And sometimes they have changed over time, or are printed differently by different organizations. I don't think this world (word?) problem is one I have time to fix at the moment.)

It was cool-ish in Cambridge (50sF/10sC), overcast, and it had rained a lot in the last week and some areas were still flooded. My friend Stephanie met me at the train station. After dropping off my bags, we explored a bit of downtown Cambridge for the afternoon, making sure I stayed awake long enough. Amusingly enough, Stephanie seemed more fatigued than I was. But we both stayed awake until the end of the day. 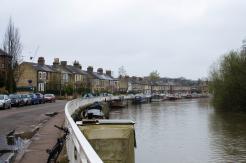 Walking along the south side of the River Cam. 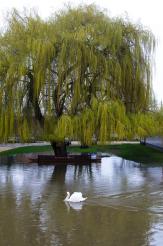 A tree on the north bank of the river that was still flooded. 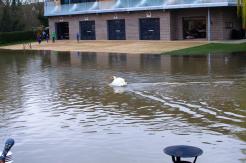 One of the places where the many Cambridge rowing teams keep their boats. ...(more) 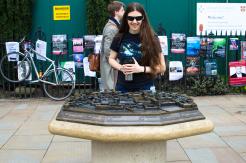 A 3-D town map with Stephanie. 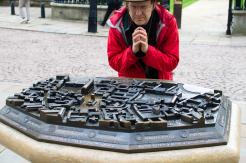 Yeeeeessss....excellent. Everything all falls into place! 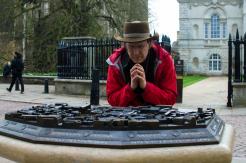 Frank ponders how to execute his Master Plan (pronounced "mahster...(more) 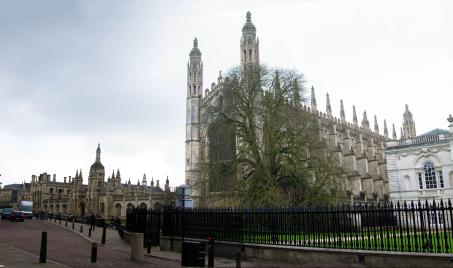 A composite shot of the Cambridge Cathedral. It's big. I didn't go in. 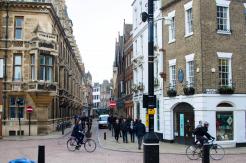 Twisty, turny, narrow roads with lots of shops and such give the older parts of...(more) 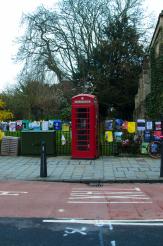 There are no blue police boxes around England (other than perhaps part of a...(more) 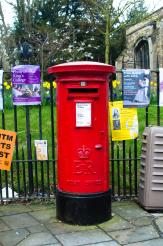 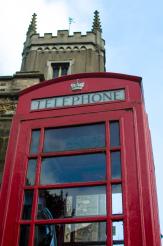 A more dramatic shot of the phone booth/box. 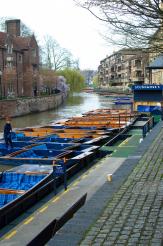 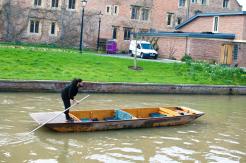 Someone punting on the River Cam. 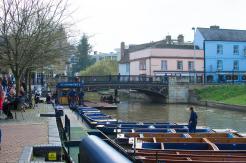 More boats for hire. Many people would approach tourists (I was carrying a...(more) 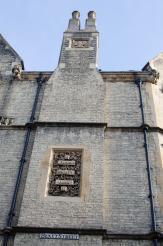 This was a bank. Around the corner from it was a weird kinetic sculpture of...(more) 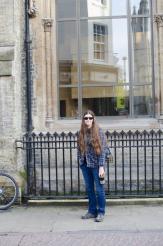 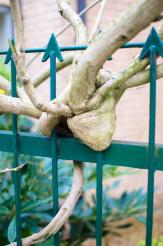 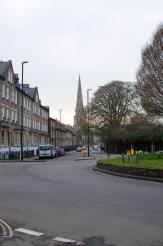 I'm not sure why I took this. It think the light might have seemed better or I...(more) 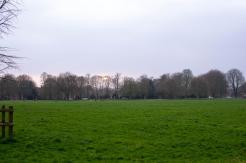 The sun was setting on the Midsummer Common park as we were heading back. 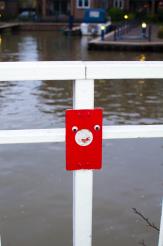 Someone had added googley eyes to a sign. I don't think my friend KTM has...(more)