On the way back from our travels, we stop in front of the ruins of Byland Abbey. Just long enough for me to hop out of the van and take a few pictures. And then do it again.

Byland Abbey was founded in January 1135, then changed from Savigniac to Cistercian in 1147. (I don't know the details of those orders to comment on them.) Then after several moves, they settled in the this location, near Coxwold, in 1177. At its peak, it had over 200 monks and lay brothers. During the dissolution of the monasteries by Henry VIII in 1538, the abbey had 25 monks and an abbot. English Heritage now maintains the site and had done extensive work to repair and restore what remains. 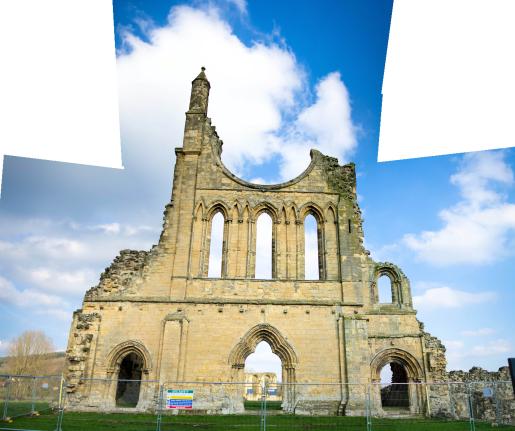 Composite picture of the ruins of Byland Abbey. I ddin't feel like taking...(more) 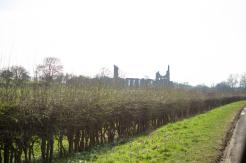 Byland Abbey beyond the roadside. 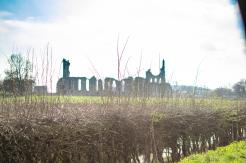 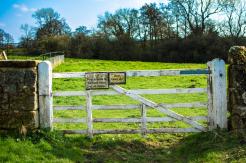 The phrase "Bull keep out" has many interpretations (I am not a bull). 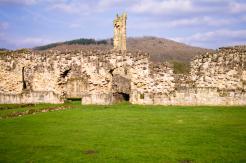 Since we didn't walk around there, I'm not really sure what's a cloister or a...(more) 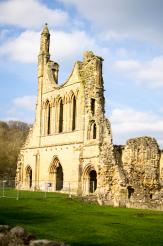 Tall piece of Byland Abbey. It contains the lower half of a big window that...(more) 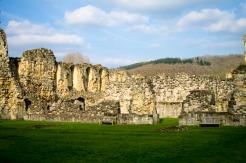 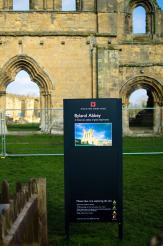 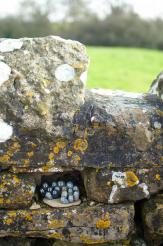 A cute rock family resides in the stone wall by Byland Abbey. 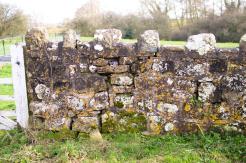 Bethan pointed out the rock family to me. Easy to miss.