We went to the nearby town of Thirsk. It sounded like a Norse name, and in fact the name comes from Viking (Old Norse) word þresk which means fen or lake. It's a small village of about 5000 people with a few blocks of stores in the center of town. We stopped by a cheese shop there to get some examples of local cheeses. I walked down the street to the veterinary practice of James Wight, who wrote under the pen name of James Herriot (All Creatures Great and Small). It is now a musuem to Herriot. We also walked around town a bit. 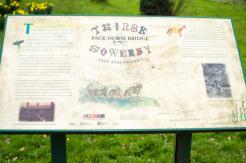 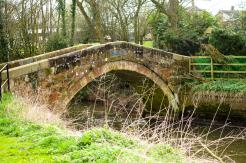 The Thirsk Sowerby pack horse bridge over the Cod Beck. 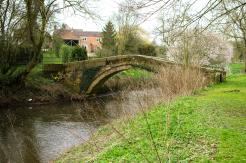 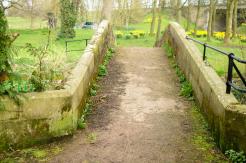 The stream runs deep, so the water is pretty cool. 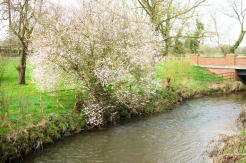 A beck is smaller than a river. 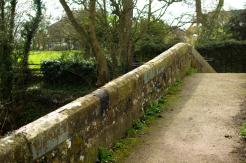 There are no freshwater cod. 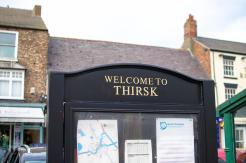 We're now in the center of Thirsk. 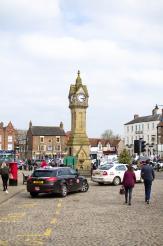 Clock at the Town Centre. 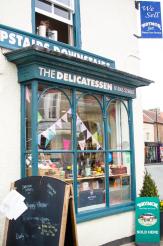 A store were we got some local cheeses, including Swaledale and Wensleydale. 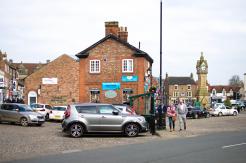 Where we parked. The deli is right behind us, and the town center just ahead. 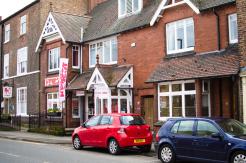 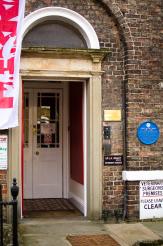 This was the location of James Wight's (pen name James Herriot's) veterinary...(more) 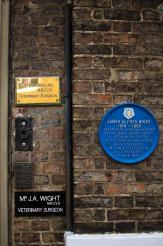 Close up of the plaques. 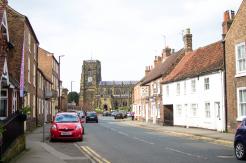 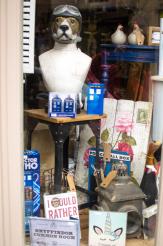 A store with England tourist junk...Harry Potter, Dr. Who, and such.